15. session of the Auschwitz-Birkenau Foundation Council 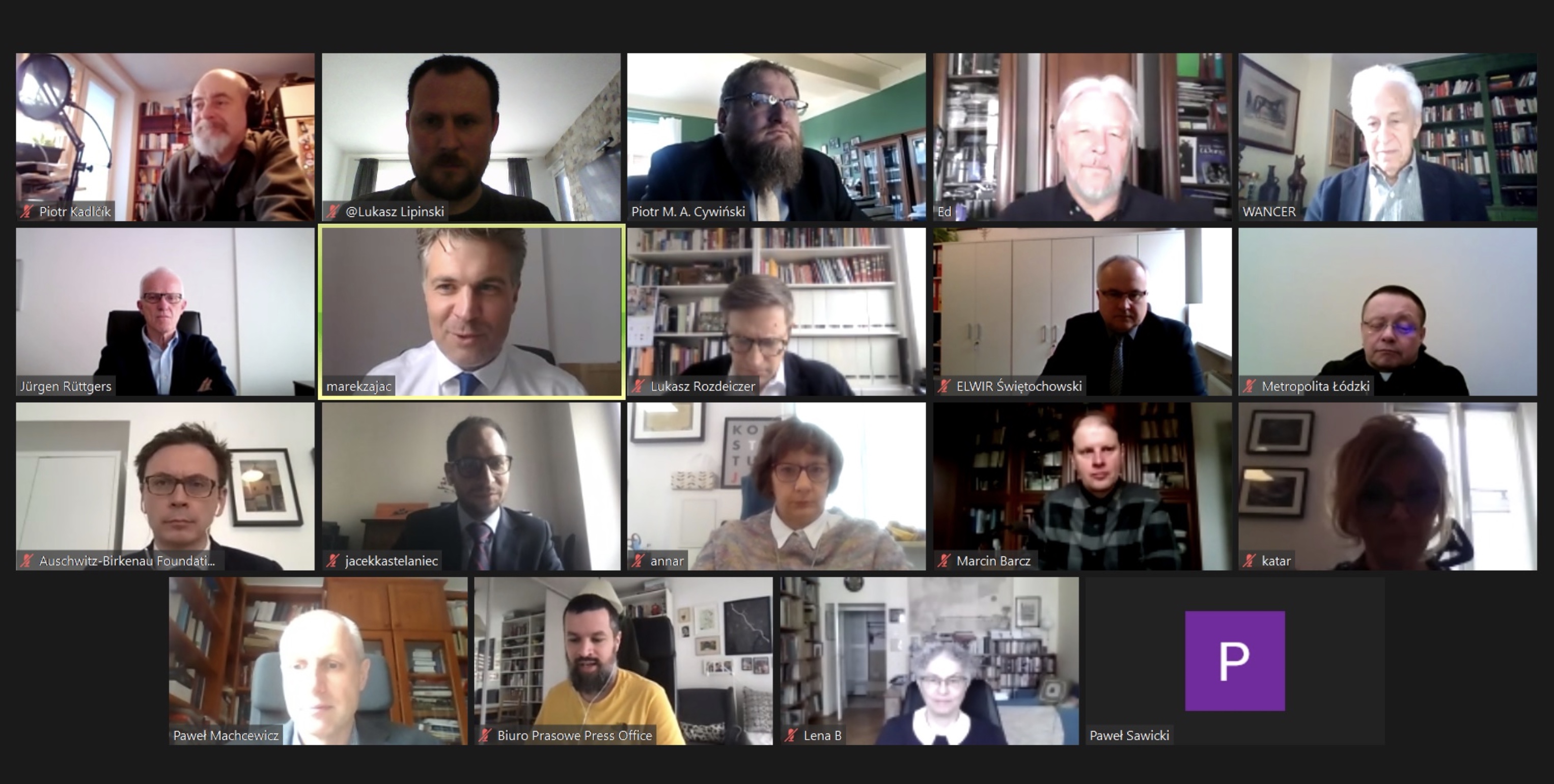 Due to the Covid-19 pandemic, the session was held online. Marek Zając presided over the meeting.

Main topic of discussions was the planned evolution of the Foundation’s activities as it intends to get involved in educational projects.

“The preservation mechanism financed from the funds of the Foundation currently brings the intended results. Preserving the authenticity constitutes our priority, but it is not the objective itself. It is the most important for the voice from Auschwitz to be clear and it is established through education in contact with authenticity”, said Piotr M.A. Cywiński, Ph.D., Director of the Auschwitz Museum and Foundation President.

“Our aim is to strengthen moral unrest in our visitors. The clash of an individual with the history of Auschwitz should result not only in sadness and tears, but also provoke the reflection on our current responsibility. It is a very important component of the educational message”, he emphasized.

Marek Zając, Chairman of the Council, emphasized that educational activities run under the auspices of the Foundation will not be financed from funds intended for preservation. “Endowment fund retains its function of the fund intended exclusively for preservation  works at the Auschwitz Memorial. We will be searching for separate sources of funding for educational projects”.

Wojciech Soczewica, Director General of the Foundation, presented during the session first educational initiatives in which the Foundation is going to get involved.

“The Auschwitz Museum, Auschwitz-Birkenau Foundation and an Israeli AppsFlyer company has already been implementing their joint program aimed at developing technological solutions to support educational value of a visit for visitors from all over the world”, he said.

“Tools thanks to which millions of people will get the access to education among others by means of a virtual visit are going to constitute the outcome of this cooperation. In this way, the Memorial will become more accessible also for those from distant corners of the world for whom travelling to Poland is highly complicated or even impossible. What is more, the visitors will have greater access to extensive source materials of the Museum during their visit. The objective of the project is also to support educators who accompany the visitors at the Memorial itself”, he added.

What is more, last December Taiwan found itself among the donors of the Auschwitz-Birkenau Foundation.

“PLN 1.5 million donated by Taiwan will be used for implementing educational projects dedicated to the history of Auschwitz based on new technologies. I hope that the undertaken activities, in particular those aimed at young generations, will strengthen the Museum in their efforts to preserve the memory of the victims of the German Nazi camp”, Wojciech Soczewica added.

Current financial condition was also discussed during the session in the context of managing the Foundation’s Endowment Fund.