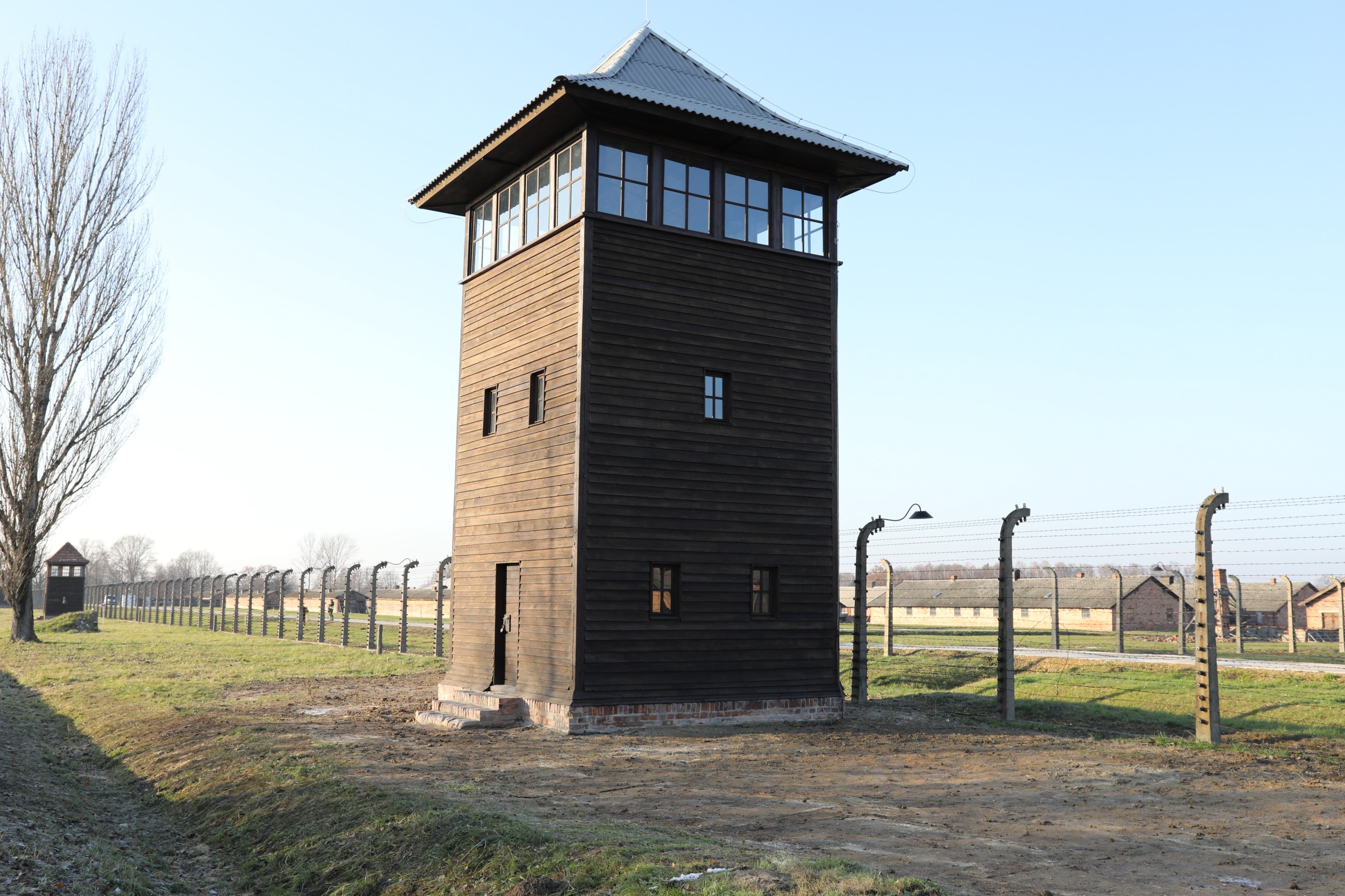 Conservation works have been completed on the second of the historical guard towers at the site of the former German Nazi concentration and extermination camp Auschwitz II-Birkenau. Both buildings were damaged in March 2019 by strong gusts of wind. The Auschwitz-Birkenau Foundation financed the works.

'As a consequence of the wind gusts, the towers were tilted a dozen or so centimetres, which posed a constructional threat. Work commenced following the temporary support installation, preparation of the necessary documentation and receipt of permits. Given that it was technically infeasible to carry out the essential woodwork treatment on-site, the structures were temporarily dismantled and returned to their original location once the work was completed," said project leader Lidia Łabuzek.

Works on the tower located in the south-eastern corner of the former camp were completed in August this year. The second tower, on which work has just been completed, was located at the southern fence of section BI.

The brick plinths and foundation walls, on which the towers' wooden structure was placed, have undergone necessary repairs and reinforcement.

'During the dismantling of the second preserved tower floor, we discovered two layers of historical floors. After cleaning and disinfection, the lower layer was reinforced and supplemented; however, the dismantled upper layer returned to its original location after conservation and is now on display,' added Lidia Łabuzek.

Initially, the guard towers with a simple structure were erected around the fence in Auschwitz - four wooden piles supported the observation platform surrounded by a railing and covered roof. At night, two SS men were usually on duty: one operated the searchlight and the other a machine gun.

Towards the end of 1943, they began to replace them with new ones, fully planked and equipped with windows. They were made by German companies and delivered to the camp by rail in prefabricated form. They were completed in the spring of 1944. The larger towers measured 4.5 x 4.5 m at their base and were 11.6 m high. Such towers were subjected to conservation.

Several air-raid shelters with concrete vaults, covered with bricks and a layer of soil were built next to the towers. If the fence was destroyed during an air raid and the prisoners attempted to escape, the guards hidden inside could open fire at them.