12th and 13th Sessions of the Auschwitz-Birkenau Foundation Council 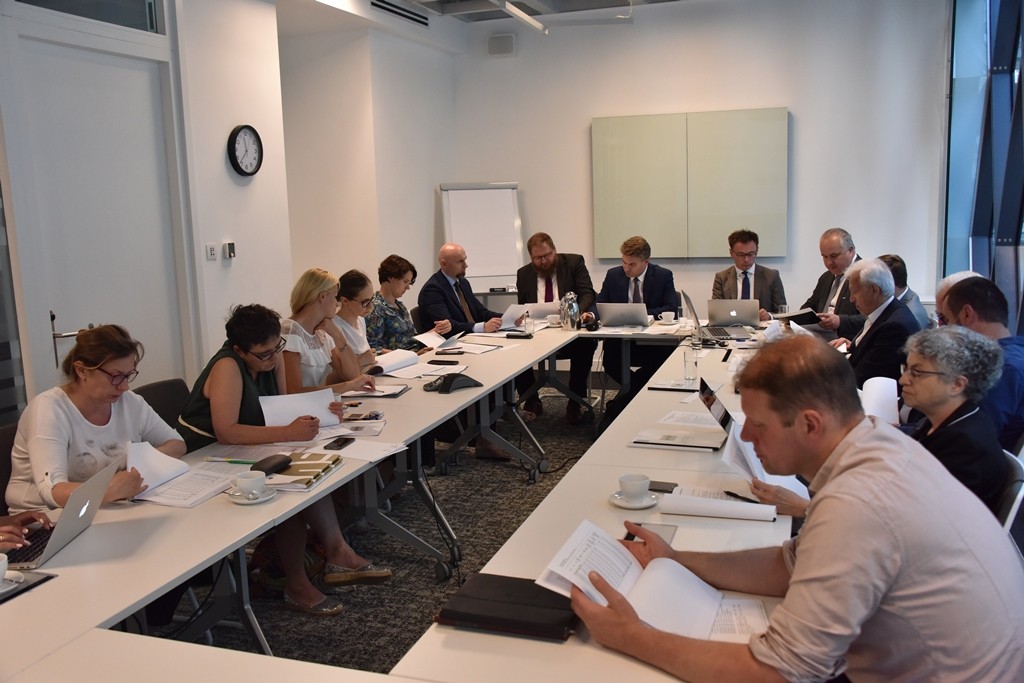 The 12th and 13th sessions of the Auschwitz-Birkenau Foundation Council were held in Warsaw on June 10th and in Oświęcim on June 18th.

One of the main subjects of the session was the completion of works and commissioning of one of the brick prisoners’ barracks within the former Auschwitz II-Birkenau camp, where conservation works were conducted for the last three years. Officially, the works came to their end on June 18th.

Rafał Pióro, Museum Deputy Director and Vice President of the Foundation discussed in details conservation works conducted in two historical barracks: “In order to ensure the security of the object and its authenticity, the entrance is be possible only together with a Museum educator. Conservation works in the second of the barracks are supposed to be completed by the end of the year 2019”, he said.

Subsequent objects situated within the former Auschwitz II-Birkenau camp are to be subject to conservation step by step within the next stages of Master Plan for Preservation. Conservation works in the ruins of the gas chamber and crematorium number III are currently being conducted within the Memorial.

Another topic discussed during the session was the approaching 10th anniversary of establishing the Auschwitz-Birkenau Foundation as well as the investments of the Foundation’s Endowment Fund in face of the changing economic reality. The Endowment Fund managed by the Foundation currently amounts to ca. 111 million euros.

Dr. Piotr M.A. Cywiński, Director of the Auschwitz Museum and President of the Foundation, while referring to his short-term plans emphasized how important it is to secure the Memorial for future generations. “In such changing macroeconomic conditions it can be difficult to obtain the return on Endowment Fund as planned in 2009. However, we are constantly confirming our initial assumptions that the security of the Fund itself is more important than profit. Maybe one of the solutions is going to consist in increasing the amount of the Endowment Fund. We are analysing such solution”, he emphasized.

Before making the brick barracks in Auschwitz II-Birkenau officially available to visitors on June 18th, additional 13th session of the Foundation’s International Committee was held.