Preserve authenticity. Conservation of the brick barracks of the former Auschwitz-Birkenau Concentration Camp. 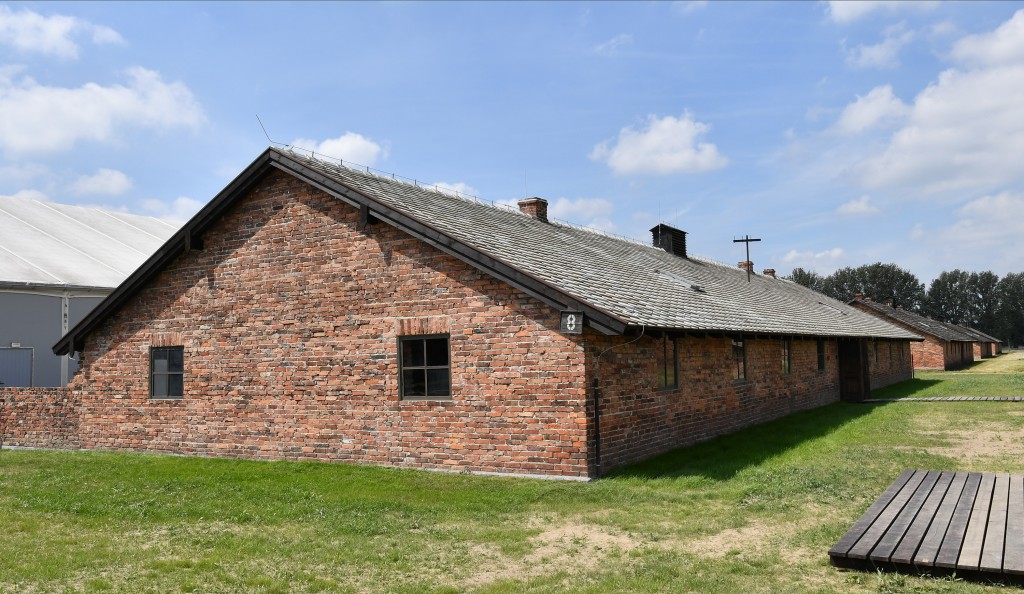 The four-year conservation of the first brick prisoner barracks at the site of the former German Nazi Auschwitz II-Birkenau camp has come to an end. It is part of the Master Plan for Preservation (MPP), a multi annual conservation program at the Auschwitz Memorial. The MPP is funded by the Auschwitz-Birkenau Foundation. 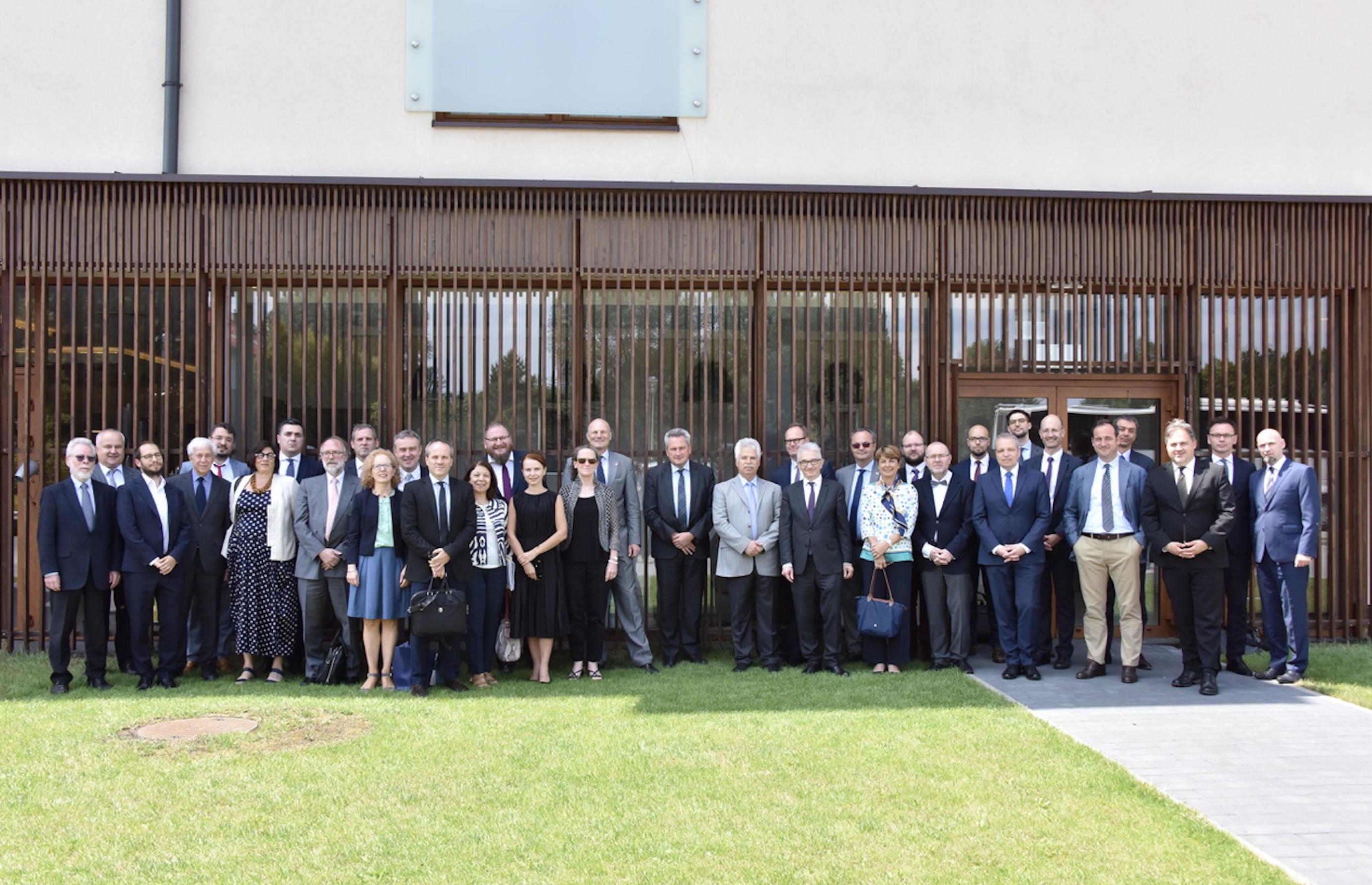 "The Master Plan for Preservation, implemented since 2012 with funds from the Auschwitz-Birkenau Foundation, and supplemented by substantial funds from the Polish state budget, is primarily aimed at securing and preserving the authenticity of the site of the former concentration and extermination camp, which is not an easy task. The conservation process conducted by the Auschwitz-Birkenau State Museum in cooperation with specialists from various fields is an example of credible work and care for the thorough preservation of the historical layer of the buildings using the latest technology and methods developed and individually adapted to a given problem," Prof. Piotr Gliński, Deputy Prime Minister and Minister of Culture and National Heritage, wrote in a special letter.

In thanking the representatives of the donor countries, individual donors as well as the companies who support the daily work of the Auschwitz-Birkenau Foundation for their involvement in the project, the Director of the Auschwitz Museum, Dr. Piotr M. A. Cywiński underlined the fundamental importance of conservation works for our common future: 'We are well aware that difficult and painful things happen all the time. We witnessed this two years ago in Burma, earlier in Rwanda, as well as ongoing events in sub-Saharan Africa and other places. We are also observing our old-new Europe, which may be a cause for concern. However, I am convinced that if we are to promote awareness among future generations, then this place is at the heart of the message, we want to convey to them. We have created a mechanism that prevents this history from disappearing with the natural aging of buildings,' he said.

'The preservation of the entire post-camp infrastructure or personal belongings of the victims is a great task. Today, we can thank all individuals and companies for their commitment and contribution to the mission of the Foundation and the Auschwitz Memorial. The completion of the conservation of this first barracks and its availability to visitors is an important stage in our ten-year activity. The important thing, however, is that the creation of the Foundation's Perpetual Fund has not yet been completed. Therefore, our continued cooperation with donor countries and individual donors is so important, especially before the upcoming 75th anniversary of the liberation of Auschwitz-Birkenau. Hopefully, then we will be able to announce the completion of the Foundation's Perpetual Fund,' said Wojciech Soczewica, General Director of the Auschwitz-Birkenau Foundation.

Over the course of four years, the entire historic structure of the building was preserved, including the unearthed historical floors and the preservation of archaeological relics in the courtyard between the barracks. Unprecedented activities were successfully carried out, such as straightening of walls, consolidation of wall paintings with minimal use of synthetic resins or development of conservation methods for preventing vandalism.

The most challenging technical and organisational scope of work involved the reinforcement of foundations. It is a particularly important element for the durability of the structure. The different level of foundation of the walls of the barracks was one of the main factors that negatively affected their state. To comprehensively understand the building's foundation problems, it was necessary to discover all the foundation walls gradually. Thanks to this, it was possible to diagnose the condition of the foundations and perform comprehensive repair works by reinforcing and repairing damaged fragments, as well as execute props. In doing so, a level of the foundation was provided for the internal and external walls of the barracks, which significantly improves the stability of the building as a mass.

The most complex structural challenges involved the walls of the barracks. To ensure that the barely 12 cm thick, flaccid walls could safely carry the weight of the building's roof, it was decided that it was necessary to reverse the existing deformations and strengthen the foundations. A decision was taken to perform an unprecedented straightening procedure of the walls without their demolition. Given the innovative nature of the works, it was preceded by the execution of a special test wall accurately reproducing the original, on which attempts were made to straighten the structure. The experiments allowed to create the proprietary straightening structure, which facilitated the straightening of the longitudinal and eastern gable walls. The wall structure was reinforced with steel bars, inserted in such a way that they are not visible. They also served to connect the external and internal walls.

New documentation techniques and modern tools such as virtual panoramas, BIM (Building Information Modeling) or 3D models in archaeological documentation were used in the project.
The works were preceded by several years of multidisciplinary research, which was aimed at identifying the main factors responsible for the destruction of buildings and indicating safe methods for preventing their progressive degradation.

The entire project is carried out in compliance with the conservation philosophy of the Museum, among other things, reducing the necessary interventions to a minimum resulting from technical requirements and protecting to the maximum extent possible all preserved historical elements, while limiting aesthetic interventions and changes in the visual perception of the buildings. The work carried out ensures safe access to the barracks for visitors, which, owing to their condition, was previously impossible. Now, groups visiting the Memorial Site with a guide can enter the building.

The preservation project of the historical brick prisoner barracks is summarised in a special Polish-English publication available for download here.