11th session of the Foundation Council 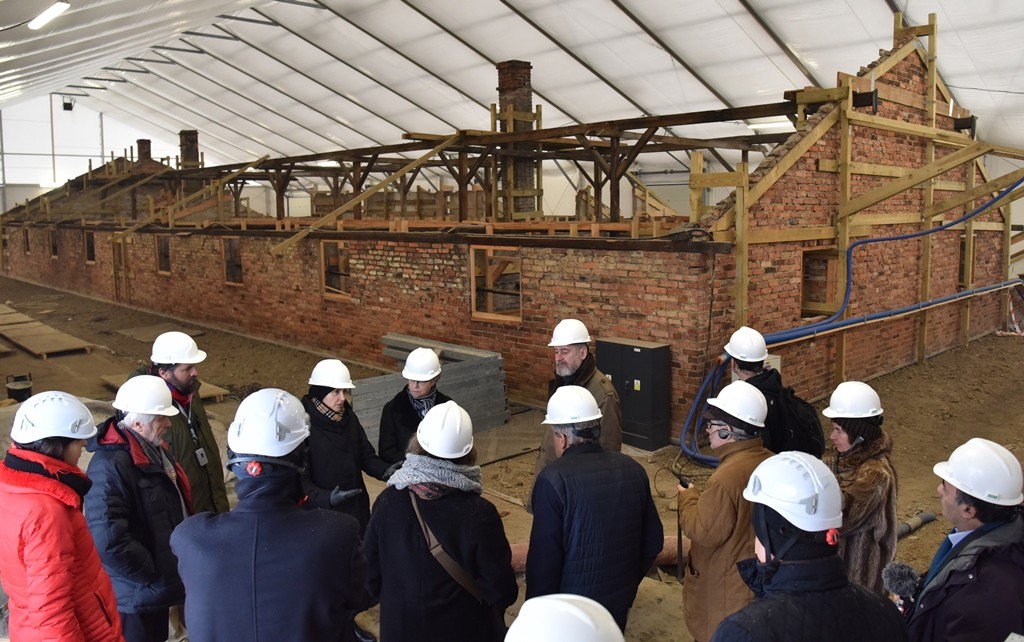 Before the formal commencement of the session at the Centre for Dialogue and Prayer, the Council members visited two prisoner brick barracks under conservation at the Auschwitz II-Birkenau camp. The project is financed by the Foundation.

At the meeting, the Council also discussed the upcoming 10th anniversary of the founding of the Auschwitz-Birkenau Foundation, as well as the future of the Endowment Fund in the changing economic realities

'The work of Prof. Władysław Bartoszewski is essential and ought to be continued. I thank the members of the Council for the cooperation so far, which was of immense value to me. Since the creation of the Endowment 10 years ago, the situation on the market has changed significantly. Consequently, we must analyse if it is necessary for instance, to increase the size of the fund to be able to provide continuity in the future for funding of conservation works at the Memorial,' said Wojciech Soczewica.

'One of the main objectives of the Foundation in 2019 will be to estimate the cost of conservation works at the Auschwitz Memorial in the next 25 years based on the current experiences of specialist of the Master Plan for Preservation,' added Wojciech Soczewica

During the meeting, the Council also adopted resolutions dismissing and appointing several members of the International Committee of the Foundation.

A day earlier, members of Council participated in celebrations commemorating the 74th anniversary of the liberation of Auschwitz. They also explored the exhibition by “David Olère. The one who survived the crematorium III” presenting paintings and drawings by the former Sonderkommando in Auschwitz.